Eco-buildings around the world: Asia, Australia, Oceania and Africa (II)

This blog post is a continuation of our previous post, Eco-buildings around the world: Europe and North America (I), where we analyzed eco-efficient buildings such as  “The Crystal” in London, “Media TIC” in Barcelona, “Bank of America Tower” in New York and “Nemi Eco Villa” in Mexico. In this publication Drumelia Real Estate will tell you about the environmental buildings in Asia, Australia, Oceania and Africa.

The Bahrain World Trade Centre (Bahrain WTC) is an extension of the existing five-star Sheraton Hotel complex and comprises two 50-storey sail-shaped commercial office towers. Designed by world-renowned architect Atkins, the Bahrain WTC has won several awards for sustainability. The building makes use of its surroundings and the Arabian Gulf by incorporating three 29-meter wind turbines into its design. These turbines help produce between 11% – 15% of the buildings electrical needs, which is equal to lighting for about 300 homes per year. The building also employs a number of other sustainable features that make it environmentally responsive in reducing carbon emissions. These include water recycling, thermal insulation & reflection pools for evaporative cooling. 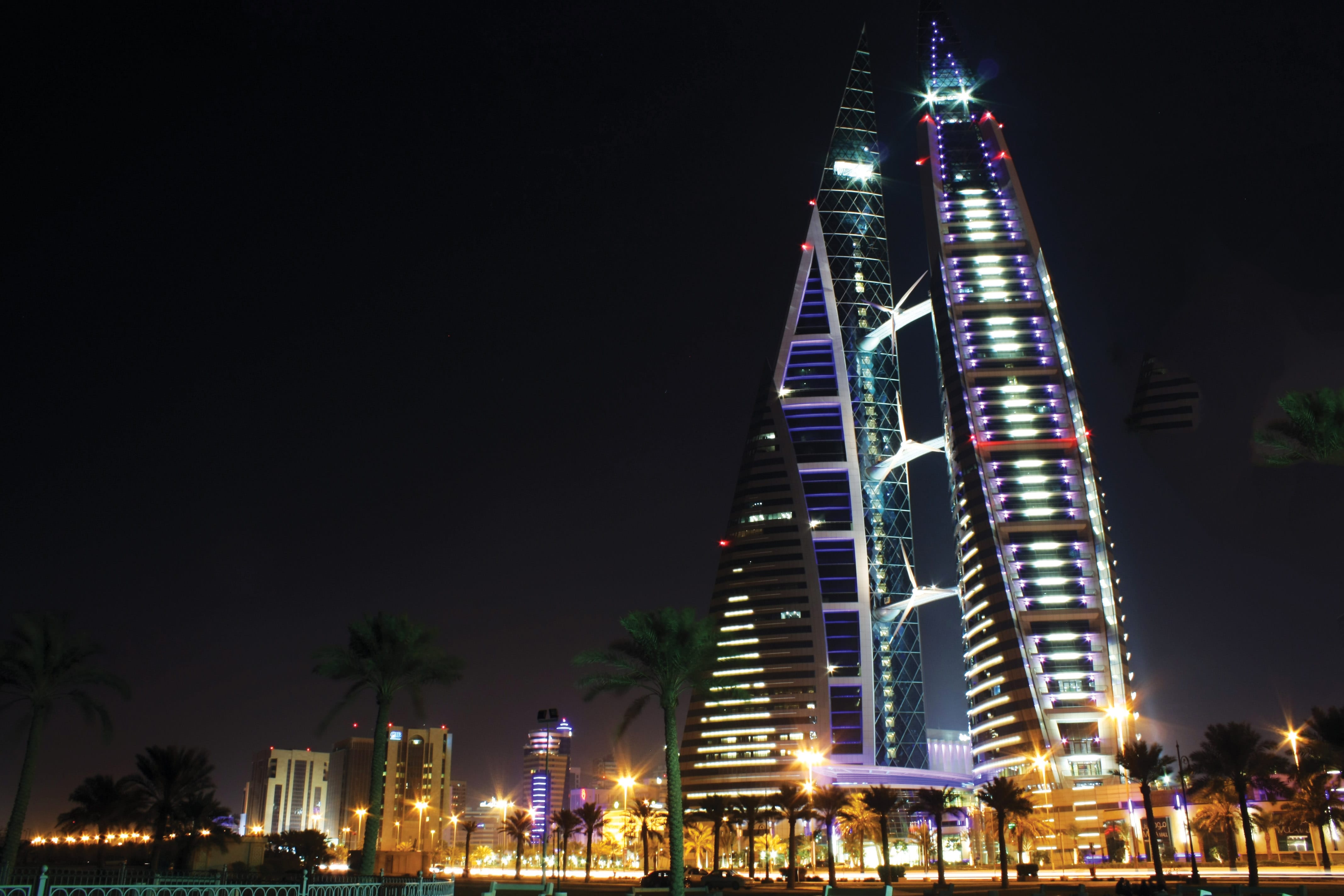 The Micro Emission Sun-Moon Mansion in Dezhou, China, resembles a sundial. Situated in the Shangdong province, the 75,000 m2 building is also one of the world’s largest solar powered structures. The building, containing offices, a hotel and a conference centre, is completely powered by solar energy, featuring a solar powered hot water supply, energy saving glass, and 15,240 square meters of solar panelling.

Designed as a hotel and office in a garden, the project is a study of how we can not only conserve our greenery in a built-up high-rise city centre but also multiply it in a manner that is architecturally striking, integrated and sustainable. Located in central Singapore the 12-story high tower features massive curvaceous, solar-powered sky-gardens that appear to be an extension of the adjacent city park. The building features the use of automatic light, rain and motion sensors, rainwater harvesting and recycling mechanisms.

Awards:
– BCA Green Mark Platinum – the highest rating for green buildings in Singapore
– Solar Pioneer Award – as one the first buildings in the hospitality sector to use harvest solar energy. 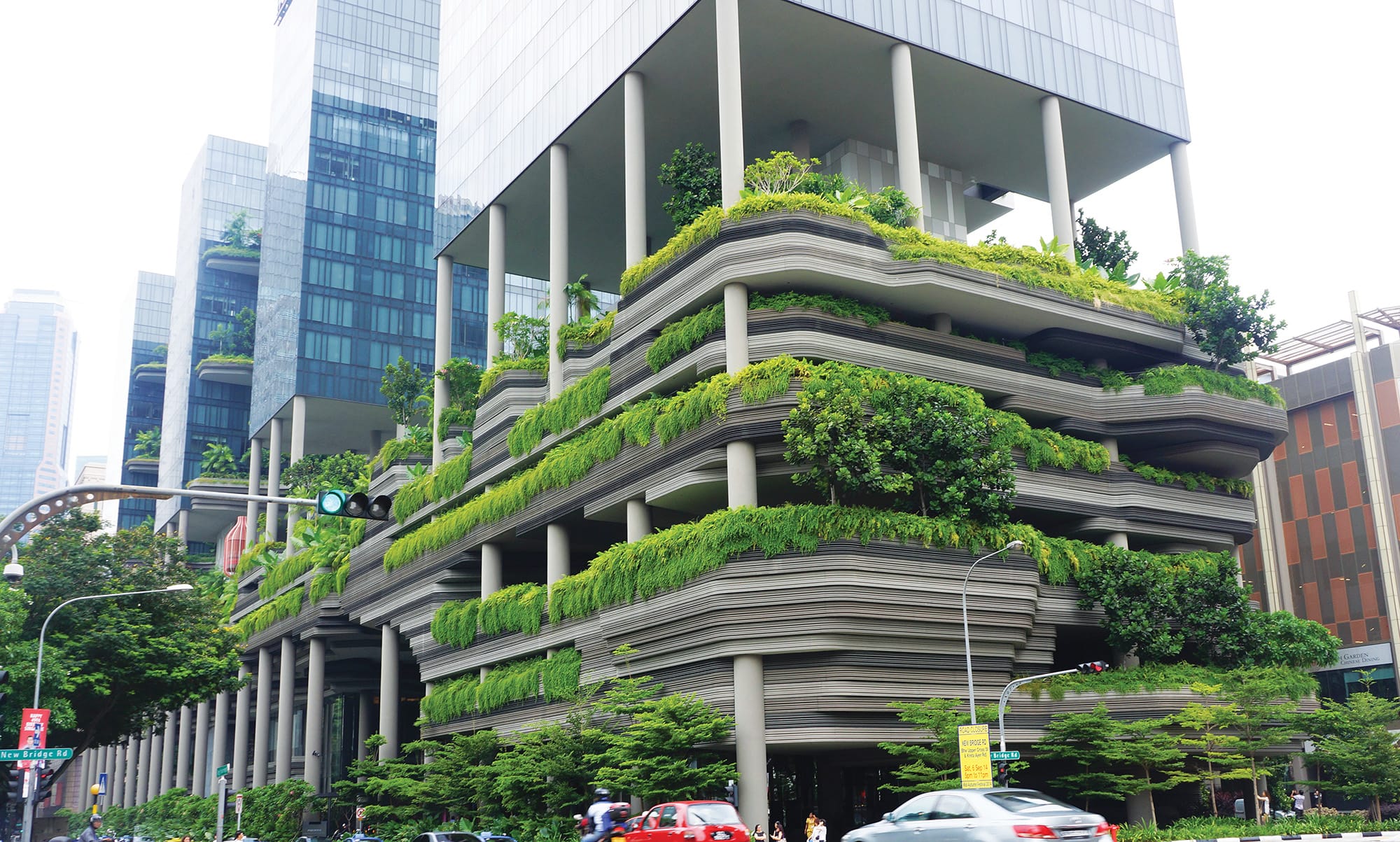 Australia’s greenest residential complex designed by internationally famous French architect Jean Nouvel was built in 2013 with an aim to be one of the most self-sufficient mixed-use urban development in the world. The building’s two towers contain a mix of apartments and a shopping centre. The façade features one of the world tallest vertical garden spanning over 1,000 squaremetres and 33 stories high, created by a French botanist Patrick Blanc. The building’s key features include a cantilevered heliostat, which uses mirrors on the roof to track the suns movements, then reflected into the building to maximise the natural light. An internal water recycling plant and a low-carbon trigeneration power plant, which provides electricity, heating and cooling are expected to save the equivalent of 136,000 tonnes of greenhouse gas emission over the next 25 years.

Awards:
• Le marché international des professionnels de l’immobilier Award for the best Innovative Green Building at the 2015 global MIPIM (dubbed the Oscars of the property world)
• The Overall Winner of the 2014 LEAF Award (the Leading European Architects Forum)
• A runner up at the Best Residential Development Prize 2014
• Ranked by The Emporis Skyscraper Award as one of the World’s Best Skyscrapers in 2014
• Chosen as the best tall building in the world by Council for Tall Buildings and Urban Habitat (CTBUH) in 2014. 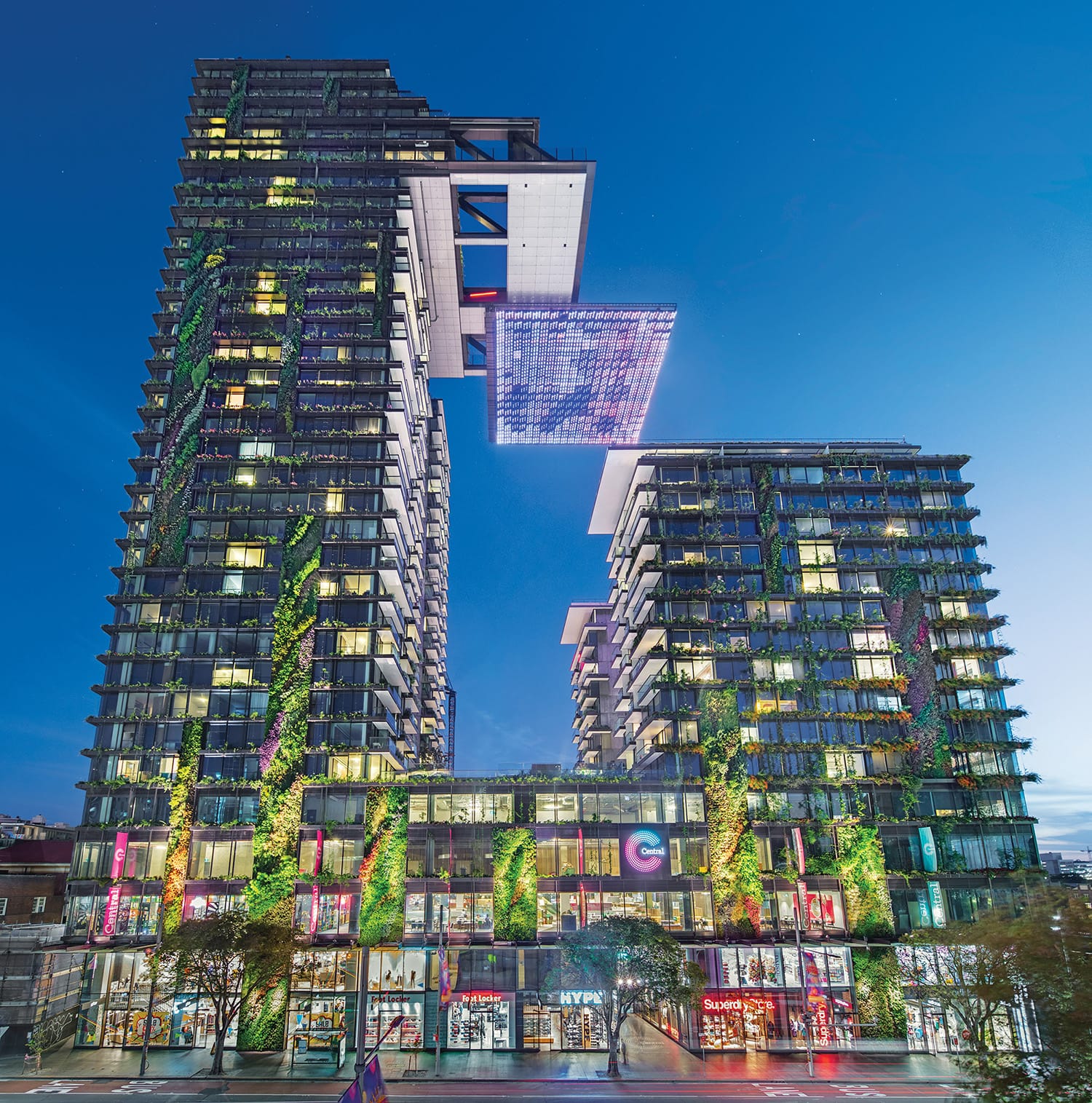 The multi-billion euro complex, called The Gate Residence, was designed by Belgian architect, Vincent Callebaut, and will be built in Cairo. The futuristic complex will cover 450,000 square metres and is set to cost 5.43 billion euros. Fitted with environmentally friendly features such as solar panels, wind turbines and heating tubes, the property will house 1,000 apartments. 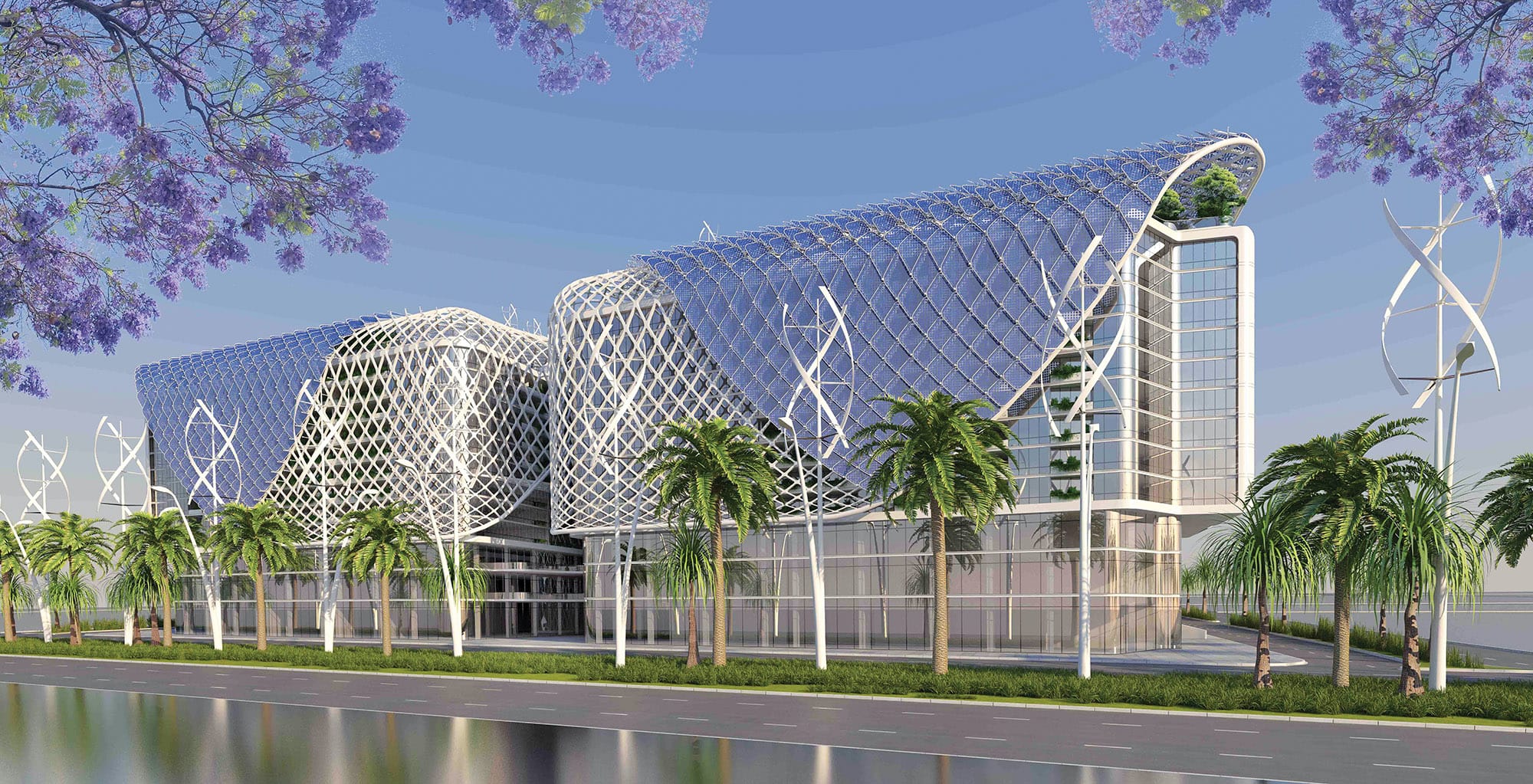