Benahavis: An oasis of peace and benevolence 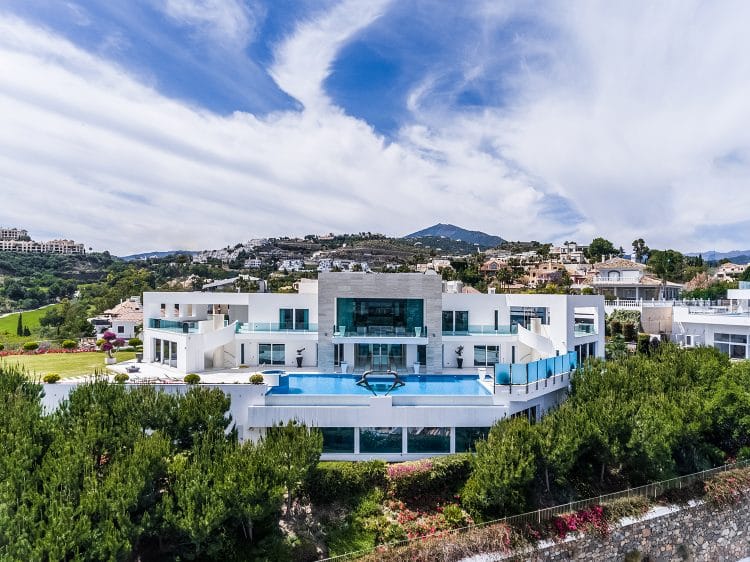 We highly recommend paying attention to Benahavis (appr.150km2), where the property choice is wider, quality is no worse than in Marbella, and price (not status!) is lower. Its hotspot properties offer comfort and joy of living in the lap of nature only a few minutes away from the buzzing coast (7 km).

It’s home to a spectacular mix of traditional and modern architecture, where Andalusian style is enriched by European chic, without losing unique Moorish influence. Even the name is the part of the rich heritage, taken from 11th-century Moorish prince Havis who reigned in Montemayor Castle (“Bin al Havis”- son of Havis). Municipal district belonged to Marbella but received “Carta Puebla” from Philip II (1572).

“…paradise for fans of ecotourism, horse-riding…”

Remarkably unspoiled, with a picturesqueness which almost makes it seem like a film set the white hillside village is known for its beauty of nature and hospitality of 7,100 inhabitants. It has won the hearts of Princess Diana who named it ‘an oasis of peace and benevolence’ and famous Scottish sculptor David Marshall living here for 40 years. It’s a paradise for fans of ecotourism, fishing, horse-riding, adventure sports: rock climbing, rafting, canyoning in the Guadalmina River, exhilarating trek through the Angosturas gorge.

Its restaurants are its glory. ‘The highest concentration of high class restaurants’, informs Andalucia.com (best suckling pigs and lamb in wood oven!).

Benahavis (not Seville or Marbella) is the richest municipality per capita in Andalucía, has the wealthiest town hall in Spain and the nickname ‘el pueblo más rico de España’ (richest village). It has hot luxury real estate market and high percentage of foreign residents, being the choice of the world’s celebrities and establishment.

Short term: from 11250 per week
This outstanding luxury villa for rent is nestled in the lap of nature within an exclusive private estate in Marbella area - the prestigious Los Arqueros Golf Club, which...

2600000
If you want to move from old and boring to modern and fresh, or just looking for a brand-new impressive ultra-modern house for your family, this stunning villa is probably what...

2750000
Looking for something special and ultra-modern? Don’t miss this brand-new magnificent property with innovative features and cutting-edge technologies. It has been designed to...

SOLD
Want to move from boring and clichéd to contemporary and fresh? Built according the latest European standards, with materials of premium quality, innovative technology and...

3900000
Top quality house for sale in Los Flamingos Golf in good condition with fantastic views is for those who enjoy style, comfort, excellent location and maximum safety. The...

4750000
This impressive home offers beauty, functionality and comfort. Set on the generous plot of 1.579 m² luxurious villa with stunning panoramic views has been built to the highest...

5295000
This truly magnificent mansion could be ideal for those who are looking for a large, brand-new property with unbeatable views. The property enjoys a south-west orientation with...

5500000
Looking for something special? We are glad to introduce you this incredible house of the progressive concept representing current trends towards sleek, contemporary design. It...

5950000
This luxury villa with infinity swimming pool and fantastic panoramic views towards the sea and mountains is located in the protected natural area of La Zagaleta Country Club,...

5950000
This traditional Mediterranean- style villa with an unbeatable southern charm is nestled in super prestigious Zagaleta. When it comes to the truly unique, magnificent areas...

Price on application
You're ready for a new cutting-edge impressive house in an unparalleled location. Meet the winner - cool and elegant contemporary property awarded as the Best Single Residence...

6950000
Set on a large plot of 5.850 m²m this stunning Mediterranean style villa of 900 m2 is located in a delightful gated community within beautiful landscaped gardens in a...

10800000
If you love luxury and golf, wait until you see this property! Created to impeccable standards in 2017, this mansion with breath-taking panoramic views offers an unprecedented...

Price on application
Looking for a real crème de la crème property? Quality and luxury has driven the creation of this exquisite Mediterranean mansion. No expense has been spared in creating...

12750000
This impeccable property is for those who value super comfortable modern style living in a stunning location offering simply the best. The ultimate in luxury, eco-friendly,...