What do the most prestigious places in the world have in common with Marbella?

“When Americans want to wish their friends success and prosperity, they say: “Have a Beverly Hills Lifestyle”, sends word “The Los Angeles Times”. Speaking of Europe, it can be said “Have a unique lifestyle of the Cote d’Azur or Marbella”. When it comes to Marbella, it’s definitely La Zagaleta, the award-winning enclave offering unprecedented, exclusive life within the best Country & Golf Club in Europe.

What these most prestigious places have in common?

Type of residents in Marbella and Beverly Hills

Probably the most usual words to describe the residents of Beverly Hills, Zagaleta Country Club and French Riviera are “rich & famous”, “respectable”, “glorious”; the amount of world-famous people involved in politics, business, and entertainment industry is impressive. Among the international clientele are country presidents, members of the Forbes list, legendary and modern stars of sports, film and music industries. To buy real estate there means to confirm your status, achieved success and life ambitions. 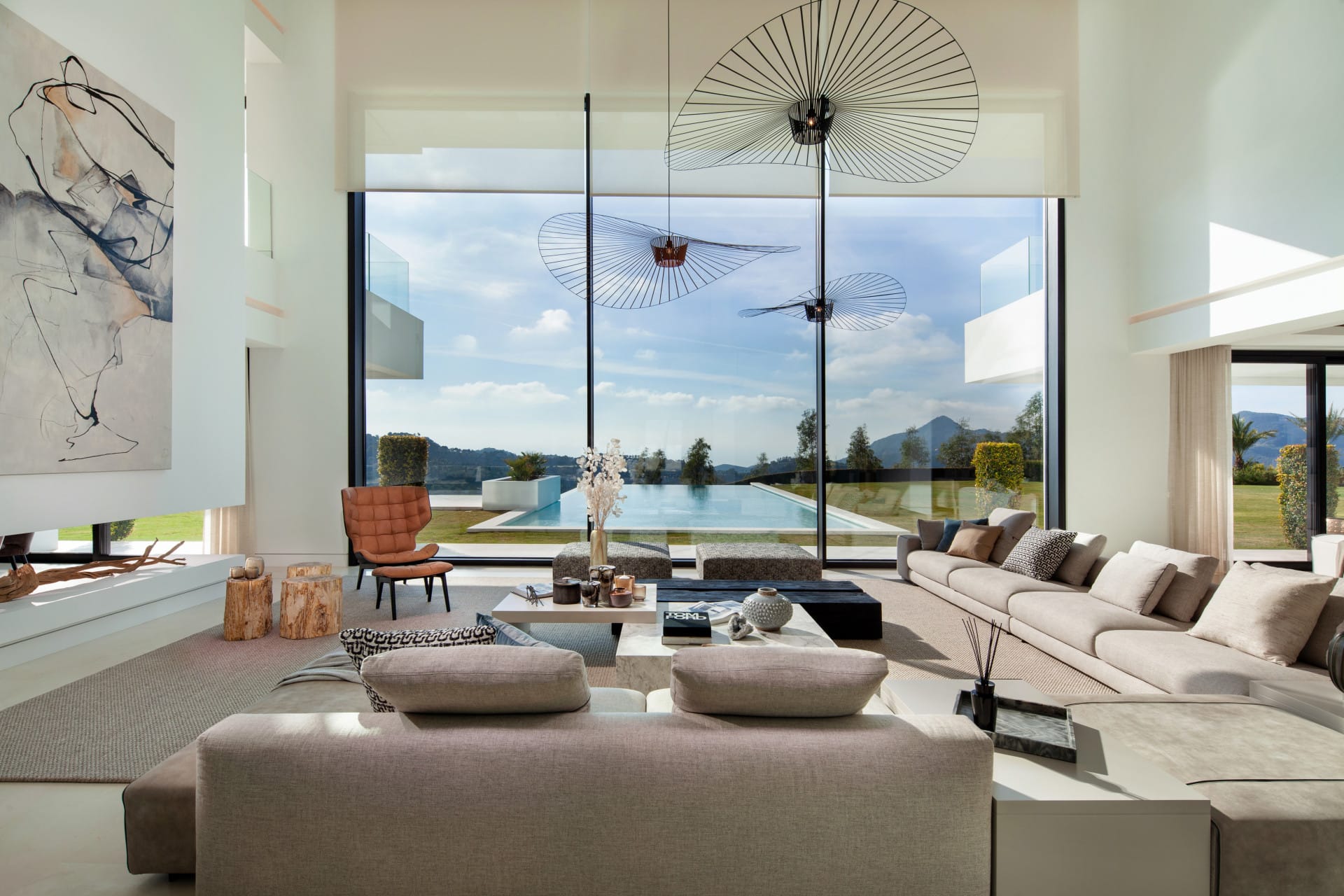 These places under the southern sun are the quintessence of comfort and chic. A special lifestyle requires a special property that has it all, from A to Z and more. Striking mega-villas of sophisticated architecture, and amazing estates with landscaped gardens and parks (in case of La Zagaleta, protected forests) certainly have all comforts of the 21st century (home automation, underfloor heating, air conditioning, etc.) and allow the owners to feel lavished upon and spoiled, with own SPA and fitness centers, wine cellars, pools, game rooms, home theaters, parking for guests and a large private garage (everyone loves their toys!). Interior uses magnificent marble, wood and original art; well-groomed territory has water features and Mediterranean or contemporary fountains. Only the best is good enough!

The plots of land are usually large, although there are few houses with such an impressive private territory as Villa Cullinan, the largest and most expensive newly-built modern property in Europe, with the most generous size of plot in Zagaleta (almost 14,000 m²). 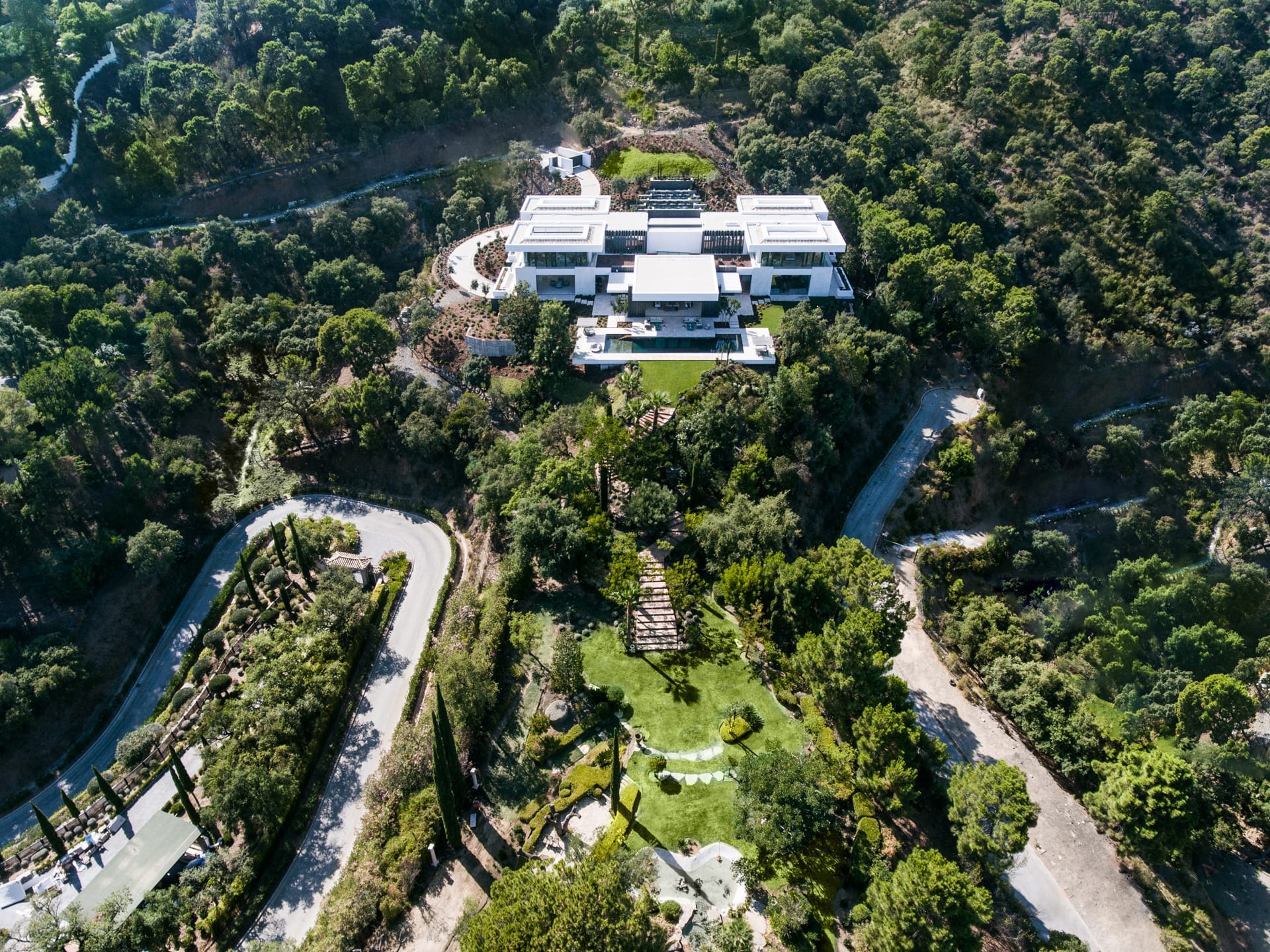 Over the decade, real estate prices on the Cote d’Azur went up by 60–80%, except the crisis years. According to NiceMatin.Com, in 2013 prices fell by 3-6%, with the exception of eastern part of the coast where they went up a bit. According to www.arendal.ru, today “if potential buyers are interested in a high-end villa, a sq. m. will cost them 20,000 euros; a sq. m. of a primary market apartment starts from 4.085 euros”. The prices in Nice, the capital of French Riviera, start from 250.000 euros, ee24.com/France informs.

www.usa.one has published average prices shown this year by Beverly Hills Gateway and Malibu Colony. They exceeded 10 mln. dollars; other 3 nearby areas showed 3 mln. Luxury real estate prices in Beverly Hills start from 1 mln and reach 40 mln, there are much more expensive offers as well, up to 135 mln. Eliza Theiss of Property Shark reports that “high average prices of Los Angeles property cannot be compared to any other, even in New York and San Francisco. TriBeCa, the most expensive area of ​​New York, will occupy only 8th place in terms of cost of housing in LA. The cost of living in Beverly Hills is 308% higher than the national average”.

According to Idealista site, average Marbella price per sq.m. this summer was 2,766 euro, which is more than average in Benahavis municipality (2,325) or Estepona (2,026). However, average sale prices for apartments in Benahavís and Estepona grew by 13% over the year, while the gain in Marbella was 8%. La Zagaleta is an exception: a 1,000 sq. m. house may come with an asking price of more than 20mln euros. 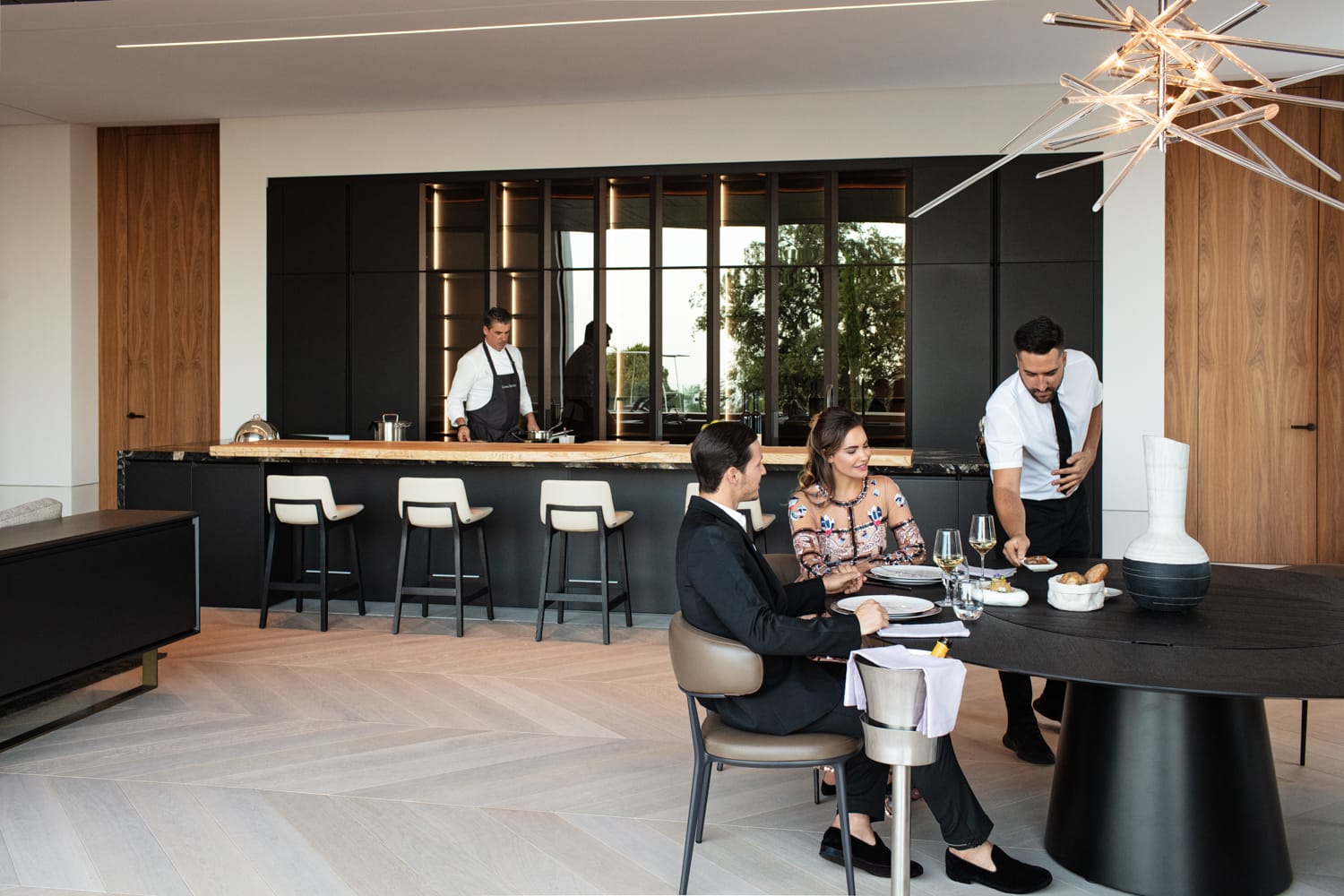 The quintessence of luxury living

Los Angeles and California are primarily associated with Hollywood and film industry, and Beverly Hills is world-famous for its social events gathering stars. There are also numerous festivals that make LA the capital of everything somehow related to art. Beauty, glamour and charity reign in Monaco, that annually gather Rose Ball. Continuing floral theme, Russians organize the Bal des Fleurs at Cap-Ferrat. French Riviera hosts the Cannes International Festival and one of the most prestigious Formula 1 Monaco Grand Prix in Monte Carlo.

Spanish Marbella is not a stranger to the Ball of Flowers, as well as many other events. Marbella has been an ideal venue for a variety of projects, from unique archaeological sites, museums and feria to Marbella Classic Grand Prix, Rally Scooterista, prestigious international sports tournaments, opera performances, Russian Film Festival and the traditional festival Starlite Marbella, which has already been named the best boutique-festival in Europe.

Monaco yacht shows and sailing regattas of Antibes, Saint-Tropez, Cannes and Sotogrande (50 km from Zagaleta) bring together the most beautiful yachts in the world. It takes 15 min. to get from Zagaleta to the nearest yacht marina. Iconic regattas are held by the Los Angeles Yacht Club.

Alpine skiing is one of the attributes of a beautiful life. It takes 2 h to drive from Los Angeles to the nearest ski resorts. Famous Isola-2000, Auron and Valberg are in 1.5 – 2 h from Monaco and Nice. The distance from Marbella to Sierra Nevada resort is about 200 km. 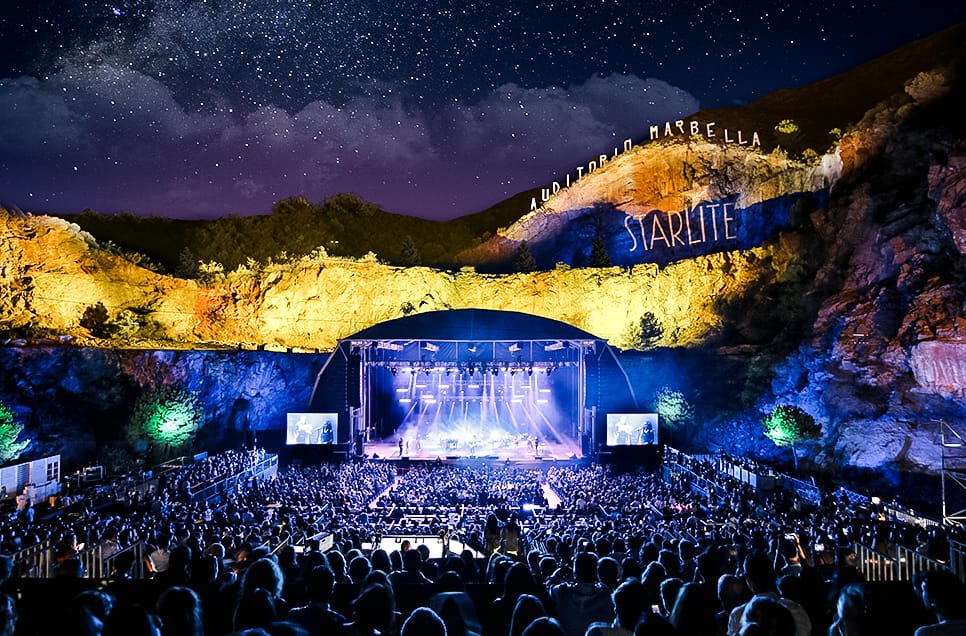 Due to the unique location between the sea and the mountains, both Cote d’Azur and Marbella are known for their special climate and sunny days (300 and 330, respectively). However, the climate of Marbella is considered the best in continental Europe, there is no mistral and tramontana. The symbol of Marbella, legendary La Concha Mountain proudly rising above the coast creates a unique microclimate.

The sun, warm winters and not very hot summers make attractive Californian climate, also subtropical. You can’t say that about Miami, another prestigious place to live, with excellent residential and resort infrastructure. The climate is tropical monsoon there, with hot and humid summers, abundant rainfall and more thunderstorms reported than most US cities. 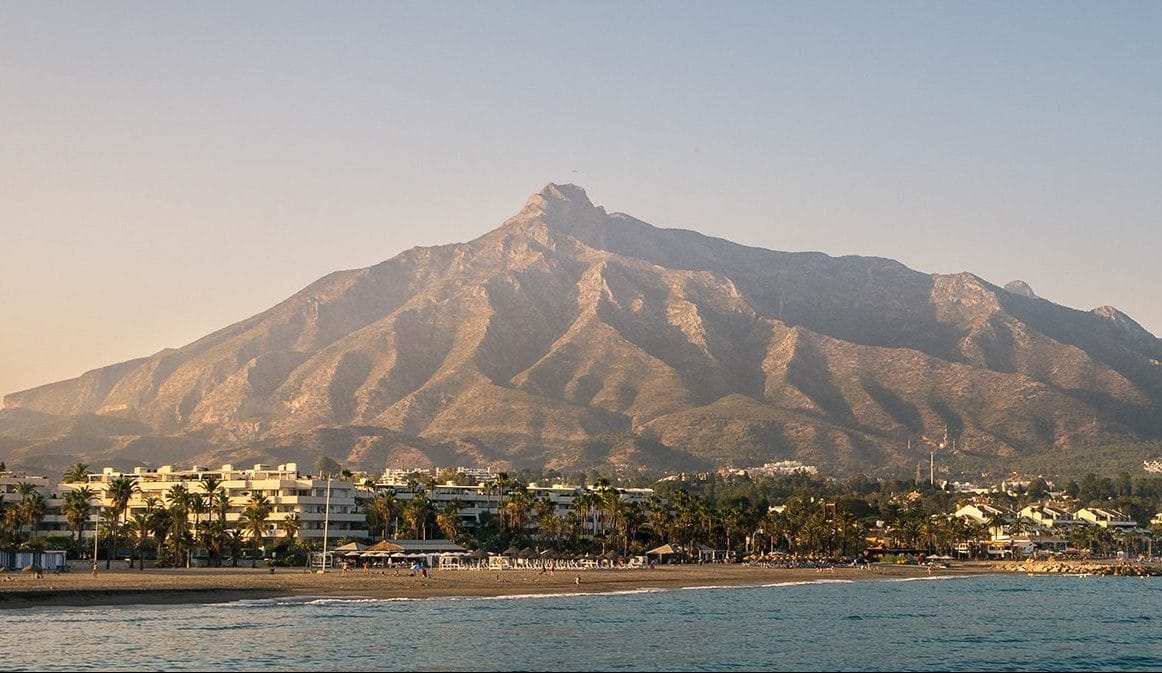 Spain, France and Italy are the source of three-quarters of the pollution effecting the Mediterranean Sea. But due to the fact that there are no industrial enterprises on the Costa del Sol and fresh underwater current from Gibraltar reaches the coast, none of the 303 Black Flags “awarded” to Spanish beaches by ecologists do not present in this area.

The world-famous Mediterranean sunsets inspire poets and artists. The sunsets of Beverly Hills are also very beautiful. However, according to urban legend, air pollution enhances the beauty of a sunset.

It is impossible to underestimate the importance of highways and road network in modern society, economic and urban development of any country, and convenience for their users.

Moving from one city to another along the Cote d’Azur is easier and faster than driving in Moscow, London or New York. There is a beautiful road along the sea, a middle highway and A8 motorway. Waking up in Nice, you can play golf in Mougins and spend evening in Monaco.

The same situation exists in Southern Spain where everything is nearby and both roads are excellent – coastal and motorway. Have breakfast in Marbella, enjoy authentic beauty of old Malaga, play golf on one of the “Costa del Golf” courses, have lunch in Sotogrande (polo, golf, yachts, shopping, meeting with royalty – the choice is yours ), stop by for an hour in England (the Rock of Gibraltar is a tax-free zone) and return to Marbella to enjoy the sunset, dine at the Michelin-starred restaurants, gamble in casino, dance all night in Puerto Banus or nightclubs of the Golden Mile.

Los Angeles is probably as famous for its traffic congestion as it is for the iconic Hollywood Sign. You can spend a lot of time stuck in heavy traffic and jams even in the ritzy areas, especially in the rush hour.

According to McKinsey, a global consulting company, there are 11 cities in the world in which at least a quarter of the residents are foreigners. Among them is Los Angeles.

French Riviera is known for its French charm and cosmopolitan vibe. In Monaco, native Monegasques make only 24% of the population.

The municipal population register of Marbella currently shows 144 different nationalities of its residents. A striking and symbolic example is Puerto Banus, one of the top five most expensive ports in the world, which, according to the municipality of Marbella, annually visits around 5 mln people from all over the world. Named after Madrileño from Tarragona Jose Banus, it was created in the South Andalusian style by Mexican architects, one of which had Swiss – Russian origin (Arnold Shrek’s mother was from Siberia). They were invited to build the port by Prince von Hohenlohe, of Spanish-Mexican-German-Czech origin.

The high cost of life

The most prestigious and comfortable places to live are not necessarily the world’s most expensive ones. The new rating of the Economist Intelligence Unit (EIU) called Singapore, Paris, Hong Kong, Zurich and Geneva the “Top 5 expensive places to live” in 2019.

What is the best place to live? The choice is yours! Aside from the glorious weather and glamorous lifestyle, all these places have a lot to offer. They all have geo-strategic location and geographical diversity, political stability, economic dynamism, luxurious real estate, quality service and expertise, historical heritage, food and cultural delights, breathtakingly exciting activities, efficient infrastructure with international airports and excellent road and motorway network. They offer the privilege of living among other well-off people.

If your choice is Southern Spain, Costa del Sol, Drumelia Real Estate will be happy to assist you.

Watch our property tour videos in the best villas of Marbella

The most exclusive villas in Marbella

12750000
This impeccable property is for those who value super comfortable modern style living in a stunning location offering simply the best. The ultimate in luxury, eco-friendly,...

17500000
If you look for privacy and modern beauty in a contemporary style home situated in a quiet and prestigious residential area affording truly jaw-dropping views across the...

17950000
Meet one of the most outstanding properties in Sierra Blanca. Nestled on the impressive plot of 4.980 m² at the foothills of majestic mountains, the luxury mansion of 1.587 m²...

29000000
This palatial villa for sale is a truly exclusive and unique property in all its parameters and characteristics. It has a perfect location in the heart of the tranquil and...