Education in Marbella. Schools in Spain

Getting education in Spain is becoming increasingly popular. The main reasons for this are the purchase of real estate and relocating to Marbella, opportunity to get good-quality European education, reasonable cost of university or private education, etc.

The benefits of studying in Spain are obvious:

The standard of education in Spain has greatly improved in the last 20 years through increases in spending and educational reforms. The latest OECD/PISA survey of educational standards of 15-year-old teenagers across 70 countries showed that Spain’s performance in mathematics, reading and science is slightly above the OECD average.

The school education is mostly state-funded, although in some regions parents or legal guardians may be asked to pay for books, other materials, children’s uniforms, etc.

Once the required schooling is finished, a student can continue studying in the secondary school (the last 2 years are called Bachillerato) or move on to a school for intermediate vocational training (Formación Profesional de grado medio). Those who finish Bachillerato or higher vocational training (Formación Profesiónal de grado superior) can be admitted to a Spanish university.

Spanish school year varies from one region to another and is also affected by what children are studying and their particular school. Generally, it starts in mid-September and runs through to mid-June.

School hours depend on the particular school.

Homework plays a big role in children’s education in Spain.

School holidays in Spain are among the longest in Europe: usually 2 weeks of Christmas holiday, 2 weeks over Easter and a long summer holiday up to 11 weeks. Moving up from primary to secondary school children sometimes get an extra week or two of summer holiday, which may include an end-of-school trip (sometimes abroad).  Add the numerous local festival days and non-teaching days that give children and teachers more breaks in the school year. 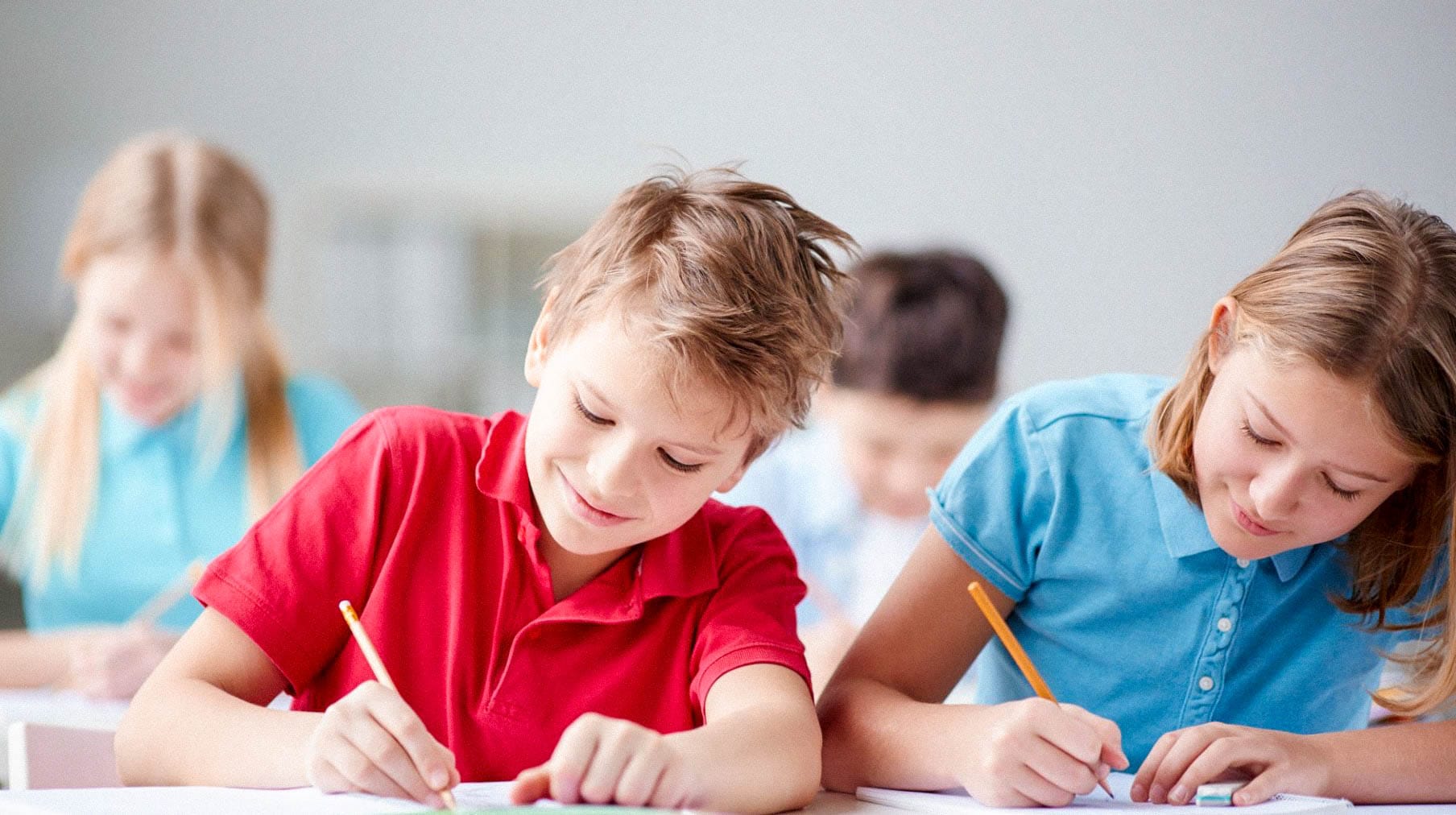 The structure of the Spanish education system

The Spanish education system is divided into four stages, two of which are compulsory (2 and 3).

The 1st cycle is nursery school (guarderia) which takes children of 3 months-3 years old. It is optional, not covered by state, therefore paid by families, except those participating in aid programs for families in need.

The 2nd cycle is preschool (escuela infantil) which takes children of 3-6 years old; it is free and often attached to state primary schools. Most children in Spain attend it, developing their physical and mental skills, learning about various aspects of culture, the environment and road awareness skills. Usually at 4, they study the alphabet, reading and writing.

Elementary/primary school (colegio/escuela primaria) includes 6 academic school years. The objective is to give 6–12 years old students a common education in culture, natural and social science, math, arts, Spanish and foreign languages. The teaching methodology focuses on the kids’ cognitive and social development. Parents can choose whether or not they want their child to take religious (Catholic) education lessons.

-Compulsory Secondary Education (Educación Secundaria Obligatorio). By law, students of 12-16 years old must finish 4 years of ESO, but if they repeat a year and turn 16 before they finish, they can leave school if they wish.

The teaching methodology focuses on developing students’ critical thinking skills and other abilities that can help them in their adult lives. Children are regularly assessed and graded. Grades are:

As we mentioned, religious education is offered in state schools, but it’s optional. It is legal, although not popular, to home-school children. Children with special needs are integrated into mainstream school, wherever possible, or go to specialised schools.

-Baccalaureate (Bachillerato) is non-compulsory free education for students of 16-18. They study languages and history, and acquire more specific knowledge in the particular area they chose: art, science and technology, humanities and social sciences. After graduating they can pass the exams (Prueba de Acceso a la Universidad or ‘Selectividad’) and enter a university, or go on to higher vocational training (FP de grado superior).

Vocational Training (Formación Professional) is job-specific training that prepares young people to enter directly into the workforce. It can be intermediate (grado medio) and higher (grado superior), depending on the amount of theory and level of specialization students acquire as a result, and lasts for 2 years. 18 years old students can start grado superior course when they finish either grado medio programme or Bachillerato. After graduating FP grado superior they can enter universities. 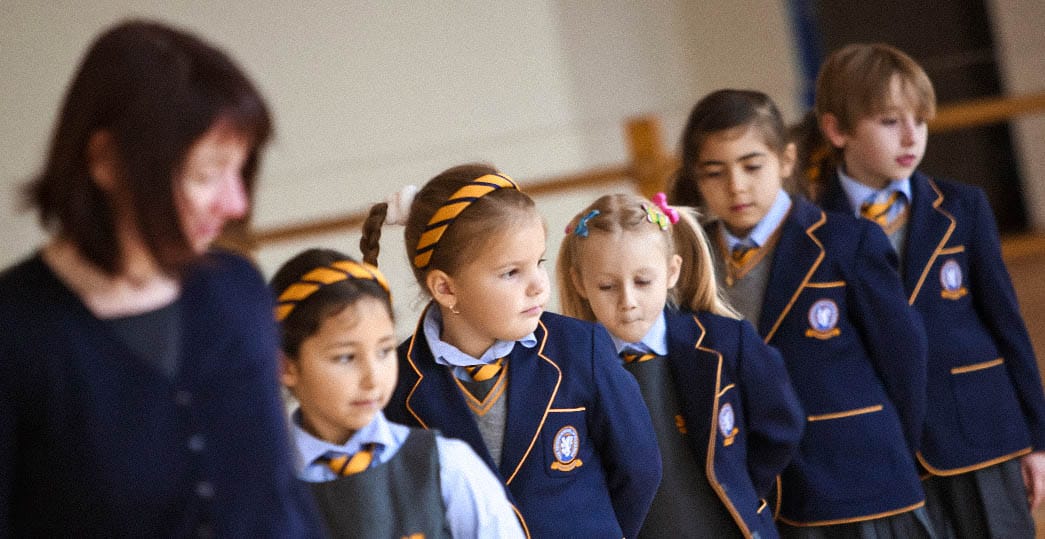 In Spain there are 76 universities, 45 funded by the state, 31 are private or run by Catholic Church. Madrid, Barcelona and Valencia concentrate the largest number of universities.

Admission to university system is determined by nota de corte (“cutoff grade”) achieved at the end of Bachillerato. Those who have passed with acceptable marks take an entrance exam in June.

Academic year is October-June; examinations in February and June; however, there are variations.

The origin of higher education in Spain dates back to Al-Andalus, the period of Islamic rule. High Madrasahs were established in Andalusian cities of Córdoba, Seville, Toledo, Granada and Cádiz during Caliphate of Córdoba. Spain’s tradition of University education also dates back to Medieval times.  University of Salamanca, founded in 1218, is the oldest existing Spanish university and one of the most prestigious and oldest in the world, being currently also one of the world’s fastest rising universities.

University studies in public or private universities are not compulsory. Students are responsible for paying for their higher education. The price in public universities is much lower than in private ones.

The fees (tasas) at public universities are set by the autonomous communities within guidelines set down by the General Assembly for University Policy. Current tuition costs for a Bachelor’s degree at a public university in Spain range from €450–2,000 per year. Master’s and Doctorate fees are calculated per credit (one credit = 25 to 30 hours student work), with yearly costs working out at between €900-3,000.

Students with EU passports are charged the same tuition fees as Spaniards. If you come from outside of the EU or you are repeating a subject, you pay more.

Private universities set their own fees. Enrolment costs for Bachelor’s, Master’s or Doctorate courses can be between €5,000–18,000, depending on the course and institution.

As if Spain wasn’t already on your destination list for its rich culture, climate, real estate, siestas and fiestas, it should definitely climb another step for its highly-ranked universities.

Spain has fewer scholarship opportunities than other European countries. It is signed up to the Erasmus+ programme, an EU initiative which allows students from the EU and elsewhere in the world to study in other countries. Americans may be able to study in Spain on Fulbright US Student programme’s grant. You can find information on scholarships and exchange programmes on Spanish Ministry of Education website and individual university websites.

N.B. If you’re from outside of the EU/EEA/Switzerland you’ll also need proof of health insurance and sufficient funds to support yourself while studying.

Foreign qualifications and accreditation to study in Spain

If you’re from EU/EEA/Switzerland or any country with a reciprocity agreement with Spain are are usually eligible to enrol at a Spanish university holding an equivalent valid school leaving certificate/university entrance level qualification from your home country. You may be asked to get your qualifications verified through the National Distance Education University (UNED).

If you’re from outside the EU/EEA/Switzerland and hold a European or International Baccalaureate, you are also eligible.

If you’re from outside EU/EEA/Switzerland, you may be asked to apply for official accreditation (homologación) or partial recognition (convalidación) of your qualifications. To get your qualifications approved, you will need authenticated and translated copies of it, course details and proof of identity.

Until 2014, many overseas undergraduates had to sit an entrance exam known as the Selectividad (pre-university access test), but this has now been scrapped for non-Spanish students. Universities facilitate the admission of foreign students to their full range of university undergraduate and graduate studies.

Most universities offer preparatory summer, intensive or extensive Spanish language courses alongside your degree course, or you can take classes at private schools. Diplomas in Spanish as a Foreign Language (Diplomas de Español como Lengua Extranjera or DELE) are internationally recognised qualifications.

You apply directly to university. There’s no centralised system in Spain, each university sets its own entry requirements and deadlines for applications.

Competition can be fierce too (many applications for the number of available places). Most universities reserve about 5% of places for international students (of min. 18 years old).

It is highly recommended to hand in pre-registration paperwork or application forms well in advance.

Foreign students under the age of 28 years studying in any Spanish university have insurance (Seguro Escolar) that covers accidents and illnesses.

Those foreign students over 28 legally resident in Spain are entitled to Social Security benefits, which in Spain are very advanced and comprehensive.

There is a wide range of international schools that you can send your child to, as an alternative to enrolling them in state or private Spanish schools. They are independent, usually follow a curriculum of another country and accept children from ages 3 to 18. In addition to many British and American schools, there are also French, German, Swedish and other foreign-language schools in Spain.

N.B. Under Spanish law, all foreign schools must be approved by their country’s embassy in Spain.

Costs vary considerably depending on the quality, reputation and location of a school, but are generally lower compared to the cost of private education in Northern Europe and North America. Fees at the top international schools in Spain vary widely from €2,000 a year to well over €10,000 a year, not including registration, books, materials, insurance, extra-curricular activities, excursions, meals and transport (most private schools provide school buses). You may need to budget around €800-1000 a term for meals and other extras.

We recommend to apply to international schools as far in advance as possible, some of them have waiting lists for places. You’re usually requested to send school reports, exam results and other records. Before enrolling your child in a school, check the school website.

Also, before applying it is advisable to check whether a school is recognised by the Spanish education authorities and whether it belongs to an accredited organisation.

Most British schools in Spain belong to the National Association of British Schools in Spain (NABSS), founded in 1978. NABSS members are fully authorised by the Spanish Ministry of Education, and recognised by the British Council and its official inspectorate. The association regularly inspects its members and offers training for headmasters and teachers. NABSS schools offer a range of British qualifications to students, including GCSEs, AS and A Levels; organise UCAS applications to universities in the UK.

In Spain you can find schools for special educational needs which will best cater for your child’s area of need.

Most international schools in Spain subscribe to insurance schemes covering accidents, both in school and during school-sponsored activities.

There are many privately owned businesses and voluntary organizations which run a wide variety of activities and clubs. They include acting schools which give children opportunities to appear in plays and musicals. There are many music and football clubs, youth orchestras, dance schools, boy scouts, etc.

An excellent and inexpensive way for your children to mix with Spanish speaking children is to take advantage of the many inexpensive cultural and sporting facilities offered through local ayuntamientos (town halls) and polideportivos (sports centres).

There are many Costa del Sol kids-parents-fun activities helping you to keep the youngsters occupied, whether you are a resident or on holiday.

Read our post ‘Quality education in the finest location. Schools of Marbella’ to know the names of the best schools and universities in Marbella and Malaga province

Stunning villas in Marbella in close proximity to schools

SOLD
This villa for sale in Sierra Blanca is integrated in a postcard-like Mediterranean environment, this magnificent new villa has been created to the highest standards, finished...